What Is A Sensory Deprivation Tank?

A sensory deprivation tank, also known as an isolation tank or flotation tank, is used for restricted environmental stimulation therapy abbreviated conveniently as REST. It is a dark, soundproof tank filled with a foot or less than a foot of saltwater. The first isolation tank was designed by John C. Lilly, an American neuroscientist and physician in 1954. He created the tank to examine the origins of consciousness by cutting off all possible external stimuli. The research took a controversial turn in the 1960s when he began experimenting with sensory deprivation on people while under the effects of a popular hallucinogen called LSD, and a fast-acting anaesthetic known as ketamine which is known for its ability of sedation and creating a trance-like state. Commercial floatation therapy tanks were built in the 1970s and began to be used to study its possible health benefits. Finding a sensory deprivation tank these days is comparatively easy, with spas and float centres offering flotation therapy worldwide. The increased popularity of floatation therapy may be due to the scientific evidence backing it up. Research suggests that time spent floating in a sensory deprivation tank may have several health benefits even in healthy people like better sleep, muscle relaxation, decreased pain, and reduced stress and anxiety. 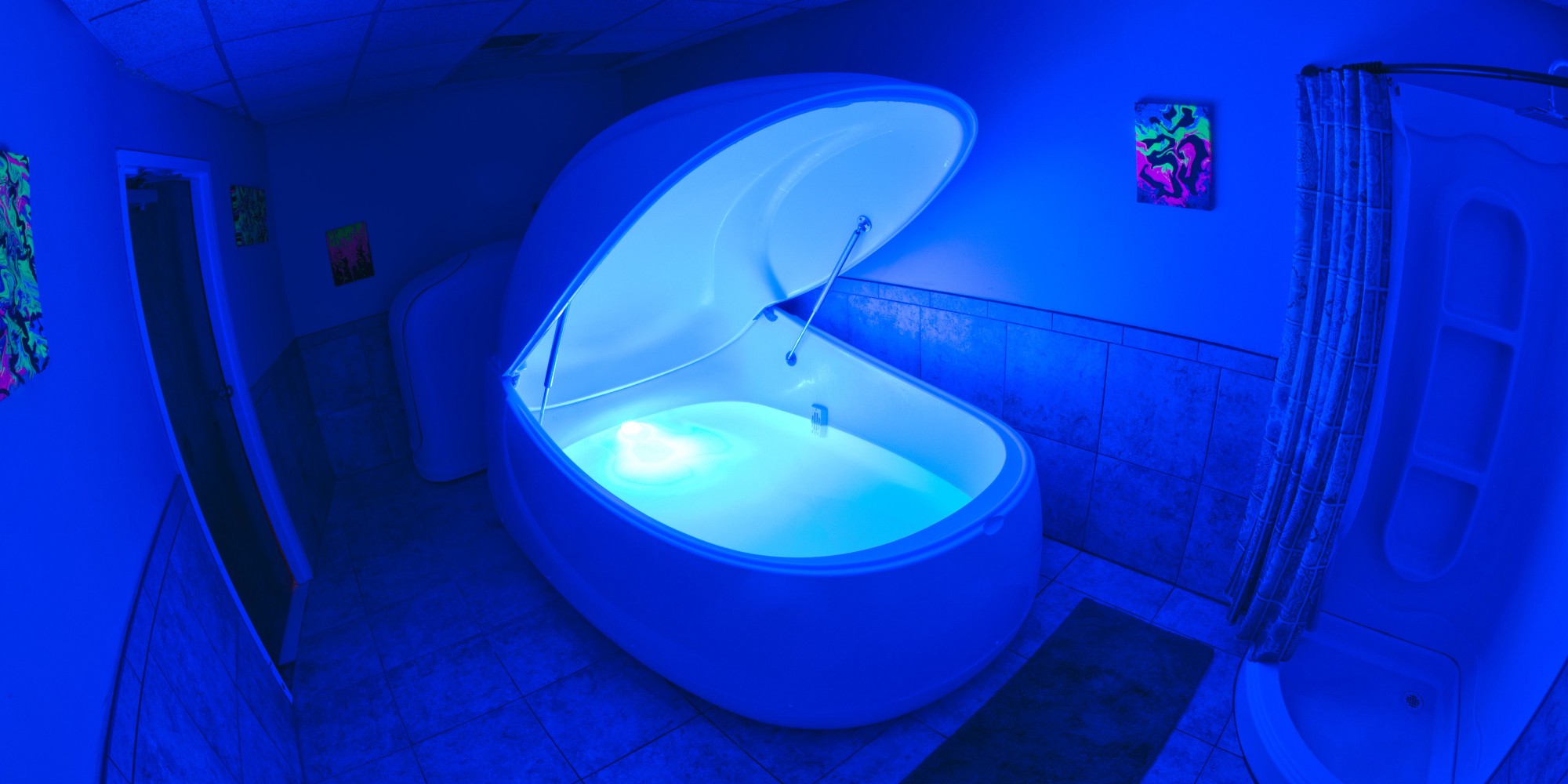 The water in the sensory deprivation tank is heated to the skin temperature of the patient and almost completely saturated with magnesium sulfate (commonly known as Epsom salt), providing buoyancy so that the patient can float more easily. The patient is to enter the tank nude and is cut off from all external stimuli, including sound, gravity and sight when the lid or door of the tank is closed. As the patient floats weightless in the darkness and silence of the tank, the brain enters a profoundly relaxed state. Floatation therapy produces several effects on the human brain, ranging from hallucinations and experiences that resemble psychosis to enhanced creativity.

Is It Possible To Have Hallucinations In A Sensory Deprivation Tank?

According to an article in the European Journal of Integrative Medicine published in 2014, floating in a sensory deprivation tank has been found in a handful of studies to increase imagination, intuition and originality which can all lead to enhanced creativity.


View all posts by Lauren Torres